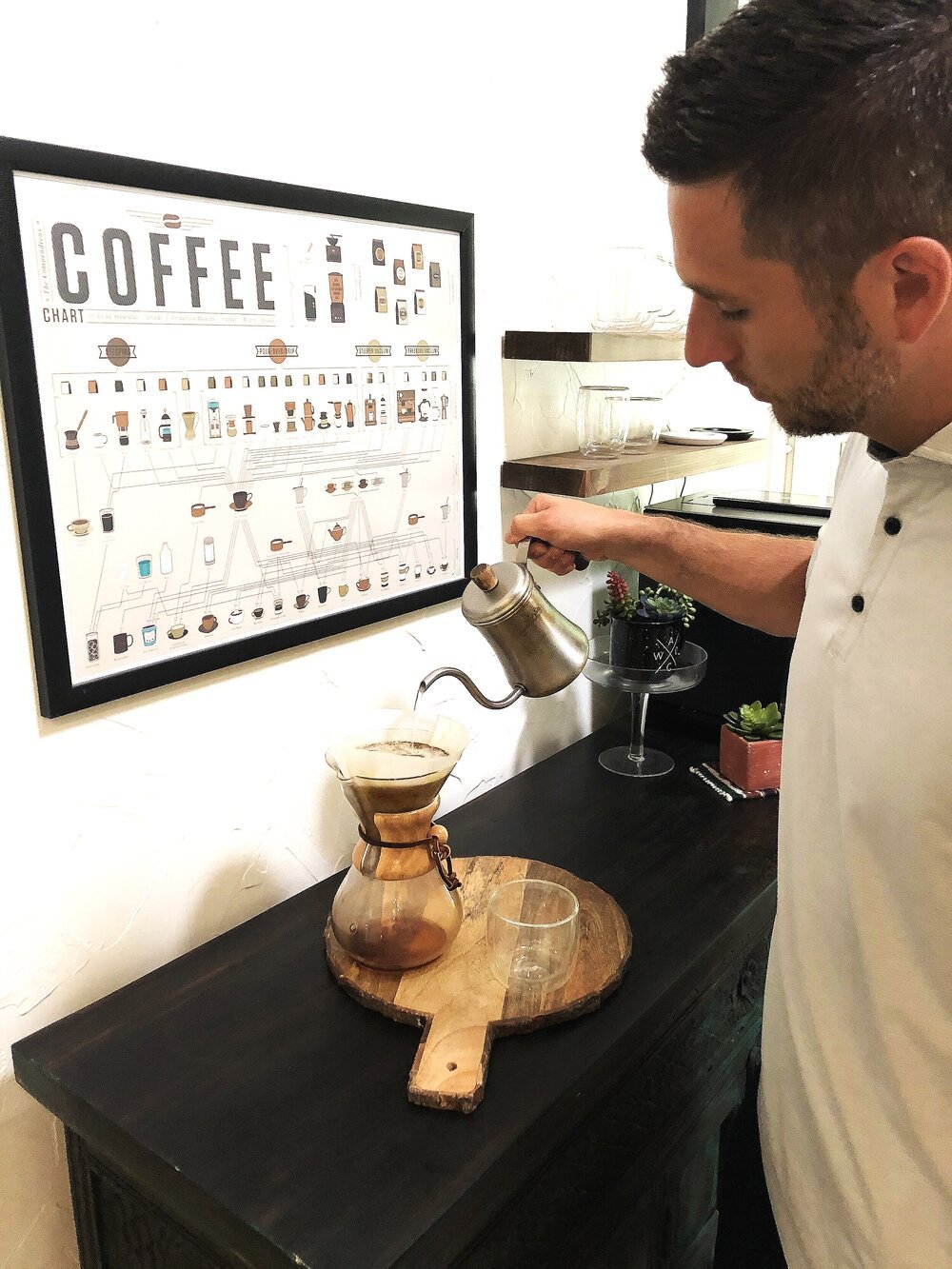 COFFEE: the Good, the Bad, and the Genetics

There are so many articles out there on coffee. Some of them praise the health benefits of a hot morning cup of joe, while others are speaking quite the opposite. So which is it? Should you be drinking coffee or not?

Coffee consumption, and caffeine consumption in general, has different affects on different people. We will explore a few of these affects and exactly what is contributing to the differences between individuals.

Your genotype for the CYP1A2 gene will determine the speed in which your body processes the caffeine from coffee, or other sources of caffeine for that matter. You can find this data hiding in your raw genetic data if you have ever done a 23andMe or Ancestry test. You will fall into 1 of 3 categories: fast, moderate, or slow. Which type you are, your genotype, should be what is dictating your decisions about when to drink coffee and how many cups to have.

My recommendation: If you carry two copies of the C allele, so a slow caffeine metabolizer, stop all caffeine consumption prior to noon each day so that it does not negatively impact your sleep.

My recommendation: If you carry two copies of the C allele, you should limit yourself to one cup of coffee per day to reduce your risk for high blood pressure.

My recommendation: If you carry two copies of the C allele, you should avoid caffeine consumption prior to exercise or other physically demanding events. If you carry two copies of the A allele, you should consume caffeine prior to exercise, especially when you are in competition. Another note, if you are an A:A genotype and competing in an endurance event, you should stagger your caffeine consumption throughout the event.

Putting genetics aside, how is your body reacting when you drink coffee? A food sensitivity blood test may indicate your body is creating an immune, inflammatory response to coffee. If this is the case, it could be a good idea to take a break from coffee. It may be an indication that you are drinking too much, too often.

My recommendation: Have a food sensitivity blood test performed to learn if your body is having a negative response to coffee or any other foods from the list that is tested. If you are, take a 3 month break from any coffee consumption and re-introduce it back into your routine gradually.

Luckily for me, I have the A:A genotype on the CYP1A2 gene. I metabolize caffeine quickly and research shows that moderate to heavy consumption has a whole host of health benefits for me. I didn’t know during my career as a Major League baseball player, but I always consumed caffeine prior to pitching. I liked how it made me feel. Back in my un-healthier years, it was Red Bull. In my last few years playing, I used to bring a personal-sized french press down to the bullpen with me and brew a beautiful cup of coffee during the 5th inning of every game.

My approach is to take pride in your coffee. Purchase high quality, organic beans (when possible, only 3% of the world’s beans are organic). Even beyond organic, drink a coffee that has been proven to be mold and toxin free and contain twice as many antioxidants than other coffees.

Taste your coffee. Discover what your preferences are. Drink it black, every time. Experiment with different roasting techniques. Chances are, when you take this kind of pride in your coffee selection and preparation, you won’t over-consume it. For one, high quality coffee costs quite a bit more!

It is my belief that as wonderfully delicious as coffee is, it was never meant to be consumed every single day. I choose to drink it 4-5 days per week, and will consume a green tea or black tea on other days. And yes, once or twice per month, I will purposely choose not to consume any caffeine at all.